I am so excited.

A friend brought me bags and bags of dollar produce. Bags full of tomatoes. She knows me so well. What, you ask, might one do with 6 bags of tomatoes that need to used like right now? We’re going to make sauce. Not fancy. Not complicated. Just a quick batch of tomato sauce. Ok, maybe quick isn’t the right word. It actually simmers for several hours but there’s only about 10 minutes of prep. Traditional tomato sauce involves things like peeling and removing seeds but it takes a really long time. You can either use this sauce right away or freeze it. It shouldn’t be canned though, because there’s too much risk of contamination from the skins. 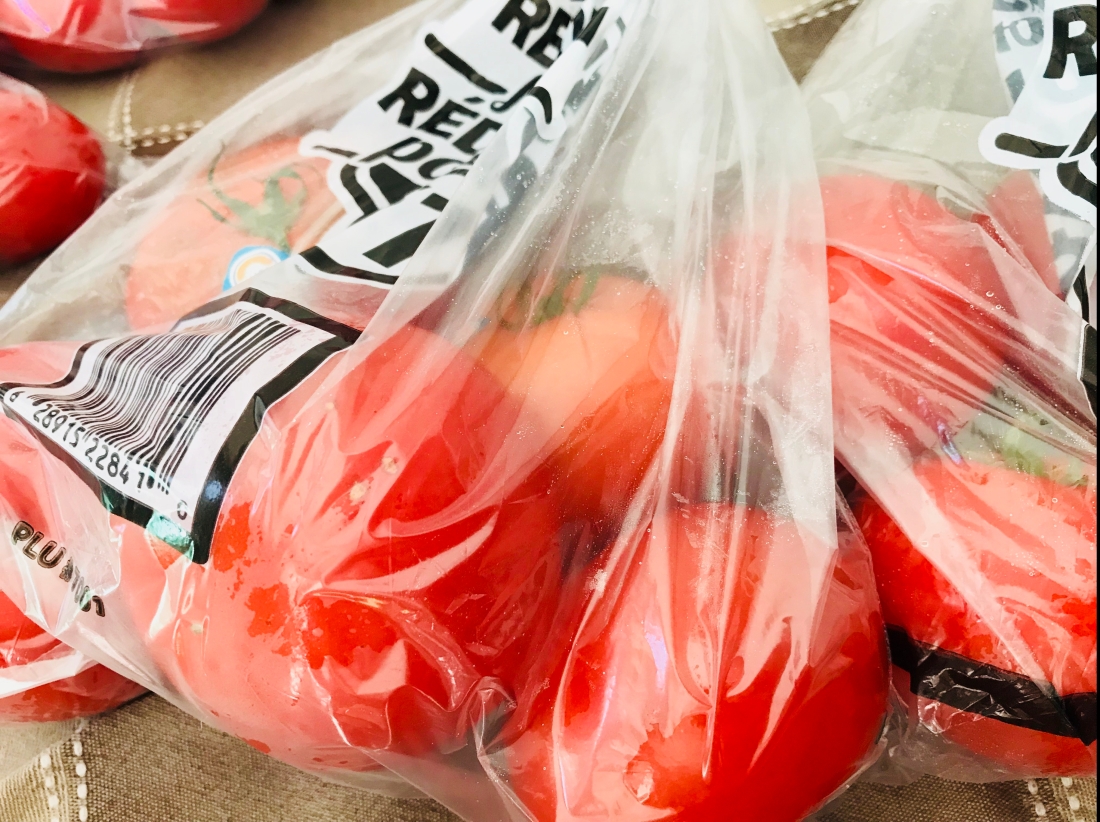 First, wash your tomatoes. You don’t know where they’ve been or what’s on them. Eww. Trim off the blossom end and slice them in half. Put them in a pot. Done. Seriously. We’re not taking the time to peel or remove seeds here. Bring it to a boil and simmer. How long? Several hours at least. You want them to be cooked to mush. 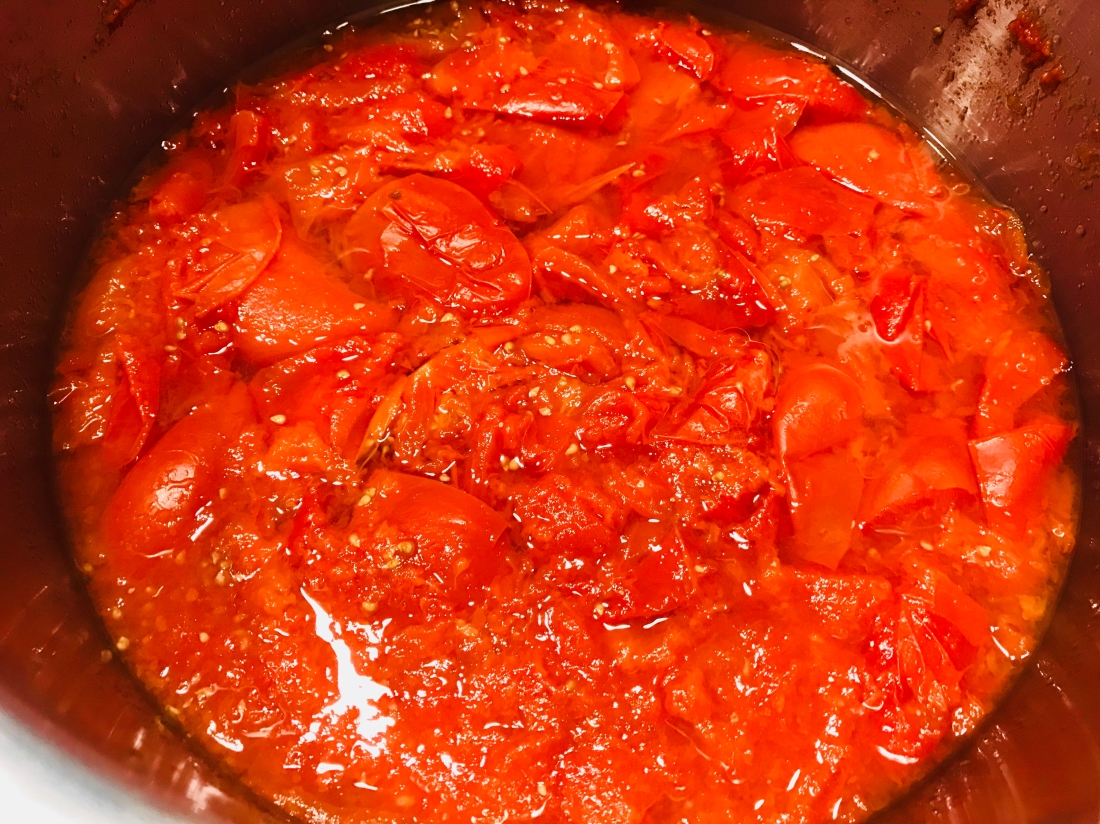 But what about the seeds and skins? I don’t want seeds and skins in my tomato sauce you say. I hear ya. I don’t either. Let the sauce cool a bit and then blend it. An immersion blender works great but a traditional blender works too. At this point you can decide if you want thicker sauce. If you do, boil it down until it reaches the consistency you want. If you freeze in jars like I do, remember to leave about an inch for expansion and use wide mouth jars if you can. We want to avoid messy broken jars in the freezer. 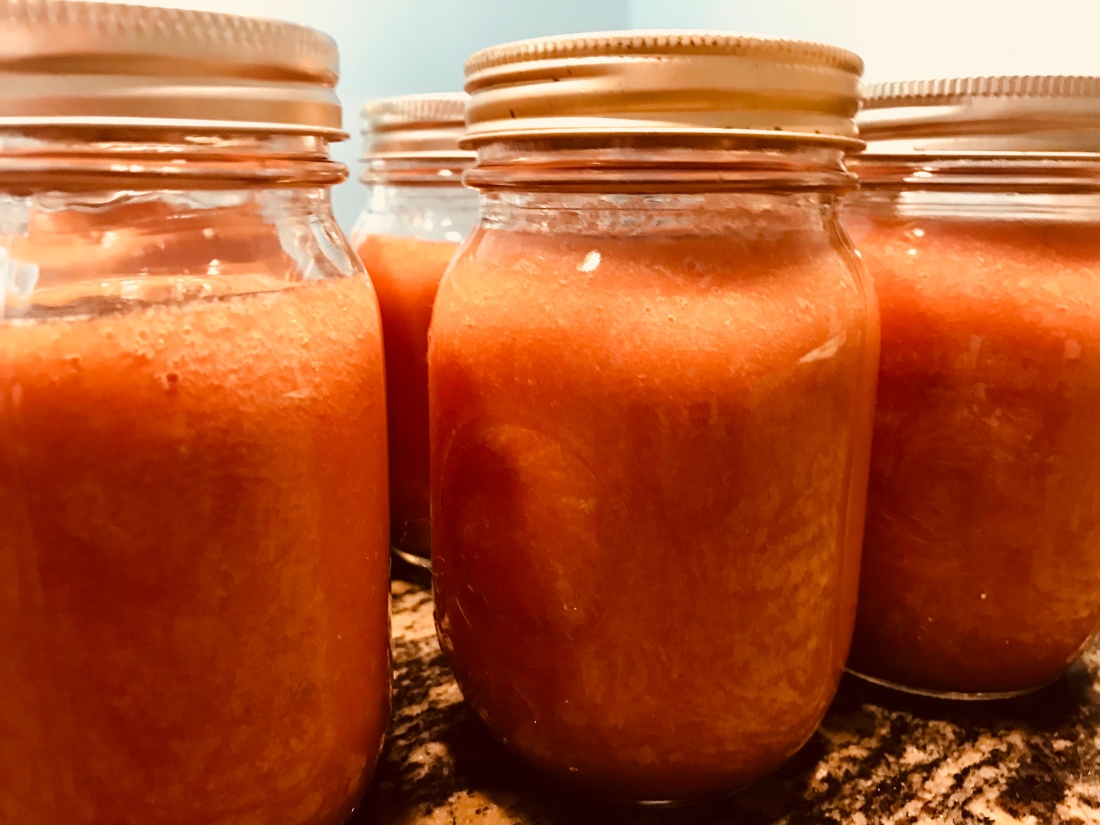 I left my sauce plain because I find it more versatile to cook with later but you could add salt or spices to it. Experiment with different combinations, basil and oregano are nice.

So there you have it, easy peasy tomato sauce. What will you do with yours?

View all posts by science0fmylife